Malcolm was a fellow Branch Secretary who was a friend and supporter to those he represented. I knew Malcolm from Regional events, and national conferences. In fact I got to know him better at the Bournemouth conference when the European cup was on and Greece (my country of origin) was doing quite well in the games. He did not believe that we could win the Euro cup so we had a few friendly arguments about that which was followed by Greece winning the championship and Malcolm having to buy me a few drinks!
He was a lovely guy and a true trade unionist. I often used to have a go stating that as a Croydon charge payer ( I live in Croydon) he was costing me too much and would often 'instruct' him to go back to work as every hour he spend at regional Council was costing me. It was a joke that went on for ever. But we also had discussions and compared notes on the Branch Secretary front and both agreed that it was a tough job.
I don't want to say that I will miss Malcolm and prefer to say that I will always remember the brave, genuine, kind man who cared more for others than himself. May he rest in peace.
Nick Venedi
Branch Secretary
Lambeth Unison
Posted by marshajane at 03:33 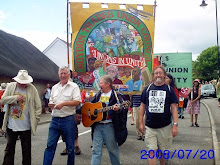 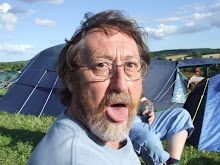 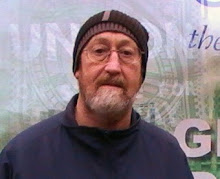